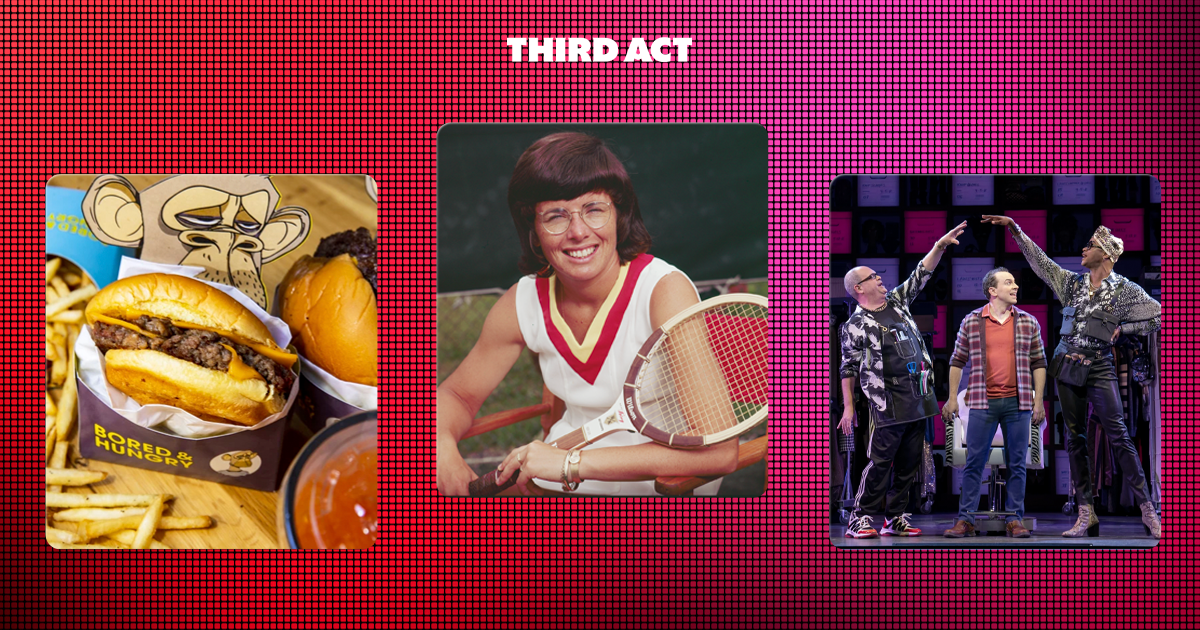 A WNBA team drops NFTs, Broadway’s back in a big way, and the queen of tennis takes the stage. All of that, and one more, on this week’s NFTheatre News.

Are NFTs Here to Save the Restaurant Industry?

Peterson described the opening, which he attended, as a mixture of content creators and cryptocurrency fans gathered to sample Ngyuen’s burger and fry spot. The restaurant is the flagship of Food Fighters Universe, described as “the world’s first NFT-backed restaurant group.”

“We’re building a real-life experience,” Nguyen, an NFT owner himself, told Kwan. “This is our gift to the Web3 community but we’re also showing the naysayers like, ‘Hey, we utilized IP, we turned it into a business.’”

While still working out a few kinks, the restaurant sells food for cryptocurrency. And prospective customers can purchase NFTs to unlock their smashburgers and fries faster. Kwan, who seemed suspicious of NFTs and crypto, came out of the experience – not as the next proud owner of a Bored Ape – but rather as a sympathizer to the NFT world.

“It occurred to me,” says Kwan, “that the actual restaurant aspect of Bored & Hungry was beside the point… It was just an excuse for fans to show support, no different than buying a Patreon, OnlyFans or Substack subscription.”

Offering real-world experiences and using NFTs to build out your brand’s identity are keys to unlocking the true potential of digital assets. It’s something that companies like Third Act are working on as well, pairing the real-world with the digital.

Billie Jean King won 12 grand slam titles during her run as a tennis phenom. And now, the queen of the court is taking the stage.

“Love All” is a new play about the career of tennis star Billie Jean King. Produced by Harriet Newman Leve and Stephanie Sandberg, the play is set to have a reading this summer as part of the New York Stage and Film 2022 summer season.

Written by Anna Deveare Smith and directed by Marc Bruni, the will bring King’s groundbreaking achievements in equality for women in sports center stage.

Said the tennis star in a press release, “As a fan of the theatre, being part of a project like Love All is an honor and honestly a surreal experience and being able to work with brilliant minds like Anna Deavere Smith, Marc Bruni and Harriet Leve make this project even more special.”

Good news on the business front as Broadway grosses picked back up. Having been hit hard by COVID-19, it seems that Broadway is – tentatively – back.

During the week of April 17, the total gross rose across all 34 productions currently playing in the Big Apple. The total increase of $34.8 million is up from $28.3 million grossed by 31 shows the week prior. Capacity remained steady at 87%.

“A Strange Loop,” a highly anticipated and critically acclaimed show played a preview on April 14. This came after the show suffered COVID closures and grossed $202,403 across the first four preview shows. The capacity of the new musical clocked in at 75%.

Perhaps the biggest sign of a full-on Broadway return was the performances of “Harry Potter and the Cursed Child.” While the show had its highest-grossing week of the season, raking in $1.9 million, it’s the capacity that could spell a return to full theatres. The play was put on to a near-full crowd, with capacity at 99%.

New York Liberty to be First WNBA Team with NFTs

Move over New York Knicks. There’s a new team in town. And they have the NFTs to prove it. The New York Liberty, the city that never sleeps’ WNBA team will become the first of the Women’s National Basketball Association to drop NFTs.

The NFT will drop on May 7 in conjunction with the team’s opener against Pheonix.

“I think we’re always aiming to be innovative. We like to lead and feel we should be leading here in New York,” CEO Keia Clarke told the press after a practice. “We have the support of ownership and a really unique idea to continue what our schedule release was.”

400 NFTs will be released, all with similar designs. Each, however, will carry its own unique serial number, thus making it non-fungible.

“This is the first in the collection, not sure what the rest will look like yet,” Clarke said. “There will be some surprises that come from this drop. The NFTs are serialized, you could be gifted on the number of the NFT you purchase.”

Fans can get their hands on one of the assets by pre-ordering a ticket to the opening game through a special website. 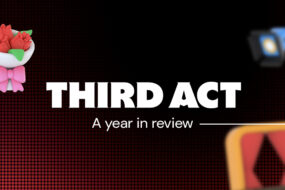